What we saw back then was exciting, but what was missing from this shift were the people in between, those that are now being recognised by the mid-sized fashion movement. Mid-sized fashion is really a focus on women sized US 8-14 (UK/AU 12-16), which is not even the average in the US, as 67% of women are size US14 (UK/AU16) and up.

palatable to the modern woman.

As someone whose legs are of an unwieldy length, there are few things more self-esteem decimating for a teenager than spending Saturday afternoon trawling the mall, and failing to find trousers that fit. I do understand that this is a first world problem, but there have been more than a few occasions in the late 90s/early 00s where I tearfully left my local boutique, pocket money hot and unspent in my wallet because there was simply nothing there for me. And I am not alone.

The Diet Industrial Complex Got Me, and It Will Never Let Me Go

“The awful lady used to look at me with so much pity, like I was dying instead of just overweight. “Maybe something a little more flattering,” she used to say. My mother brought me clothes she thought would “work,” and I cried as I tried them on, discarding all but one or two items. Meanwhile, the awful lady shoved hangers back on to the racks and told thin girls they looked “just darling.”

After I was thin, I could just take things I liked and go into the dressing room and put stuff on and it would fit me. Sometimes things were even too big. And if something didn’t look good on me, I was like, “whatever, this piece of clothing sucks.”

This first world problem is something that many people are having to navigate anew as they emerge from the world of cosy pops and back into leg prisons.

It’s also led to the rise of new influencers like Remi Bader, whose hilarious ‘Realistic Clothing Hauls’ are a salve for anyone who has found themselves feeling hopeless and miserable in a dressing room after not being able to find anything that fits.

Where women of prior generations would beat themselves up over not fitting into the clothes, influencers like Bader are clapping back at the retailers for not making clothes that fit them.

As this consumer becomes even more empowered, brands should be doing more than treating her like an influencer and bringing her in to work on fit.

more than a quarter of customers

But it’s not a wholesale shift, and it’s important to see the nuance in it. It has never been more abundantly clear that the gulf between a person and the “best” version of themselves is simply their willingness and ability to access a cosmetic surgeon, which in meme land is usually represented by a young Kardashian with the caption: “You’re not ugly, you’re just poor”.

Fundamentally, I think this openness is a good thing as it means that people understand what it takes to look attractive in this way. But it’s also important to consider what it will mean for the future as we continue to express ourselves in increasingly visual ways (it’s much harder to pose in a flattering way or use photoshop in the pivot to video, which Instagram recently announced).

I’m not here to call out the cosmetic surgery and tweakment industry (I’m not a hypocrite), but to say the disordered expectations that I faced in my youth around beauty and thinness are evolving for the next generation rather than disappearing entirely.

Rather than clapping ourselves on the back that we’re no longer starving ourselves to look like Ally McBeal, we should be considering the insecurities that are driving young people to fill their faces. In a Zoomified virtual world, there has been an uptick in the number of people seeking Botox and its friends as they spend more time confronted with their reflections on the computer screen.

Moral of the story: Progress is not a straight line and the juice is always in the nuance.

Covid-normal: Returning to the office

I hesitate to frame anything as ‘post-pandemic’, because more people have died due to Covid-19 in 2021 than in 2020, it’s just now happening in countries that might be less visible to us in Western markets. But, writing this from Australia (current lockdowns aside), the government has been starting to push to get people back into offices (particularly those in the CBD).

But the government is now saying that he will have to return to the office. Naturally, my friend is pushing to maintain remote working because if he has to return, those mornings will become a relic of the pandemic era. And he is not the only one, companies are set to face an interesting period as they navigate the future of the office. Those that push too hard to take away the freedoms gained over the past year and a half are likely to experience huge exoduses.

Flamingo Estate and everything it sells

The Most Dangerous Writing App:

Great Jones Cookware and the Illusion of the Millennial Aesthetic 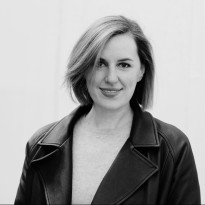 The death of trends 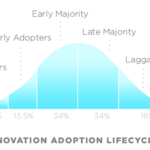 Hiding from the algorithm